Typeface choices and the growth of the designer

Some fun thoughts on typeface likes, dislikes and changing tastes. Typeface love is fluid and fickle. We have favorites in our youth that become cliche as our design toolbox grows. 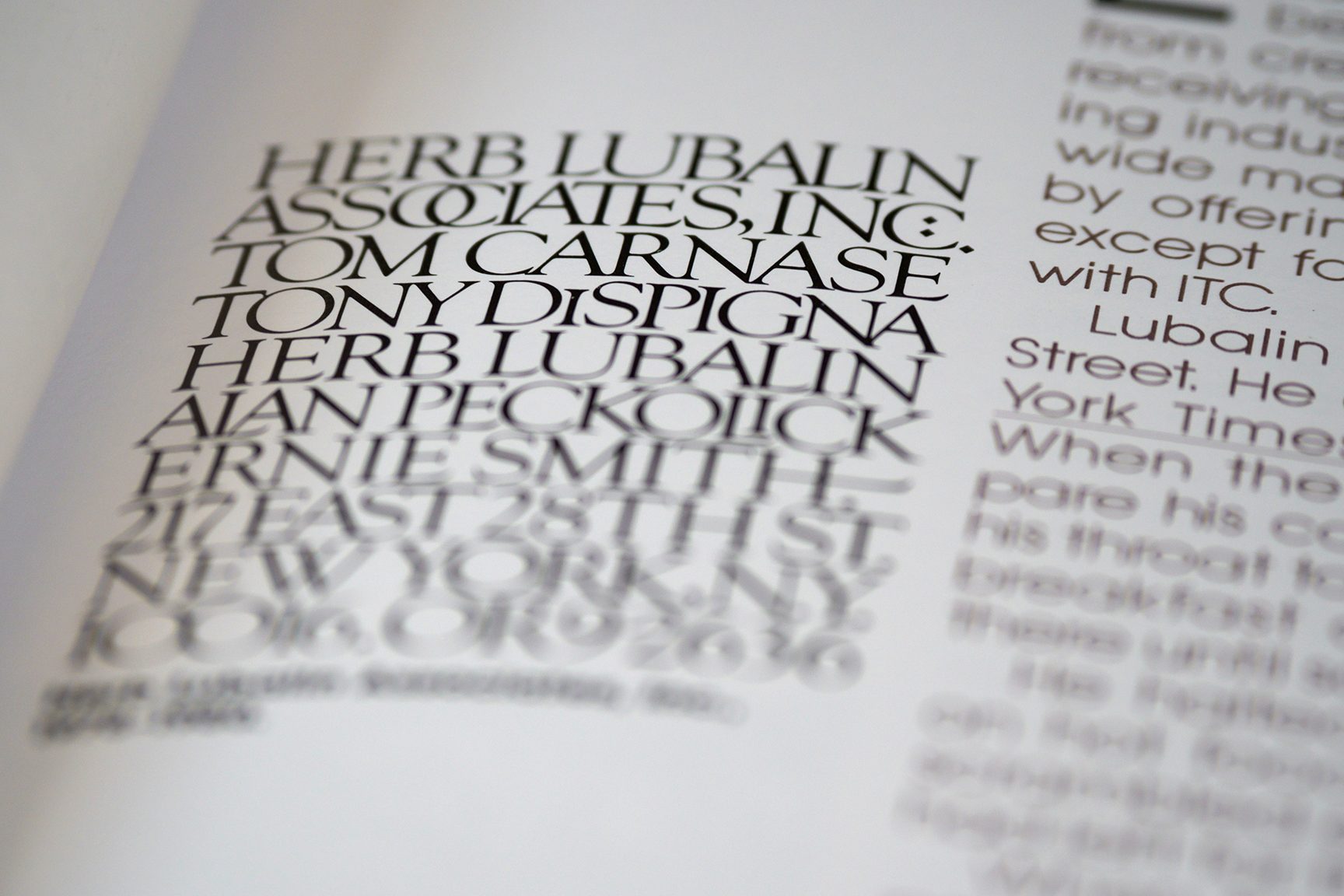 1. Chalet Paris 1960- This is a favorite because it has style but not too much. My trick is to use the 1960 Paris version. Most designers go for the over kill 1970 version. The 1960 version has the slight retro feeling but still contemporary. I like that it gives the feeling of the era without being completely recognizable as “Chalet”.

That leads me to an internal filter – if your first instinct when you look at a design is to shout out the name of the font, you’ve probably over done it.

2. Frutiger – This font is my Helvetica. It always seems appropriate, comes in many weights, individual letters are nice. Although the name reminds me of rotten fruit.

Side note: Never been a Univers or a Gill girl – always leaned more toward the Helvetica, Futura (when you’re just sick of Helvetica) and now Frutiger. But when in doubt on a san-serif go to Helvetica.

4. Caslon 540 – a traditional serif that feels clean and pretty. A secret – the ampersand in Caslon Italic is “perfect”. Italic, not regular.

5. GeoSlab – I love this font for its completely unrealistic, heavy serif that mimics a typewriter feeling without being a typewriter mimic font.

6. Mason – This is a sentimental font. My first Lexus project I worked with Team One and the campaign font was Mason. I just loved working with the big kids. They selected a font that was embedded into the concept of the campaign “Wicked this way comes…” I just loved using it. (probably have never used it since, but always pause when I scroll by it)

I want to love:
7. Mrs Eaves – I bought Mrs Eaves for a specific women’s event. We used it for the event. It worked but not as well as I had hoped. I want to like it so much more then I actually do. I love the name, I love the idea of the curvy serif, especially in italic. But its always just a little too much. A little too heavy. I will keep trying. I hope the designer of the font never reads this. Its me, not the font.

By the way: I have a font called “UckNPretty”. I have no idea where I got it, it is not “pretty” and I’ve always wondered if that is the real name. I keep it because I like the inside joke.

8. Bodega – I became a working designer in the 1980s so I have to pick an 80s font. Industria Inline would have been the second choice. Bodega is tall, thin, serif and reminds me of Neville Brody. It was one of the first cool fonts that we did not have to use the stat machine to replicate because it was available on the computer. (go look up stat machine)

9. I love the Pencilbox font. I don’t tell what it is and I won’t use it for any other projects. I manipulate it a bit so no one recognizes it. I feel is expressive and yet not expressive.